APARTMENT IN VIA GENOVA

With the fabric virtually untouched since the late 1940s and the typical layout of that period – 3.2m high ceiling rooms symmetrically distributed on either side of a wide central corridor – this spacious ground floor flat is contained within an ordinary looking block in the historic Tuscan town of San Giovanni Valdarno, in one of the suburban areas nearest to the river. 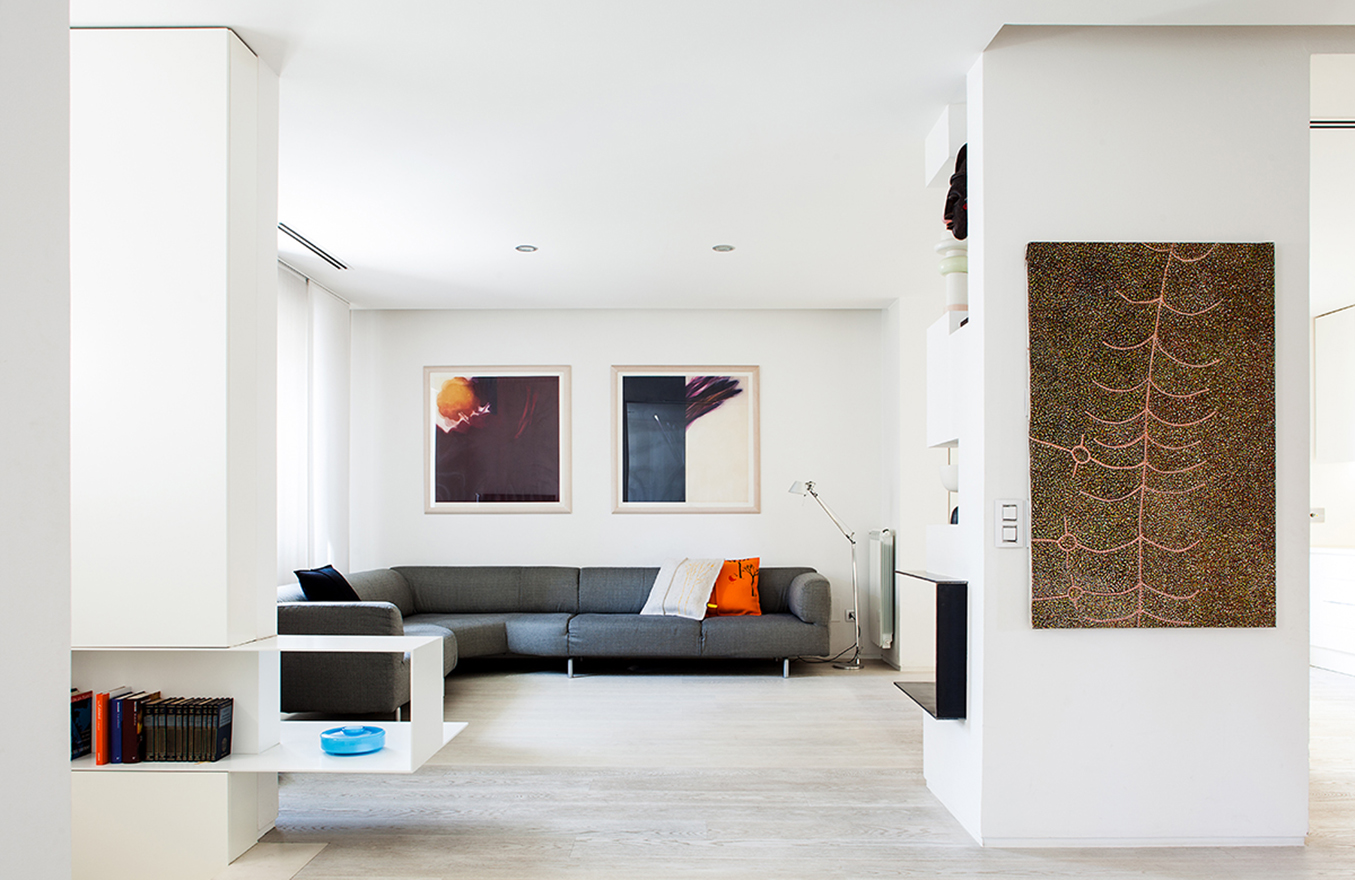 The ordinariness of the container and its surrounding, coupled with the knowledge that the property had been with the same family for three generations – that is, since its construction – and had been passed from one member to the next, were the elements chosen to generate the design.

The removal of much of the supporting masonry to create wider openings and higher doorways – which was feasible at the time of the intervention since the design predated the tighter regulations that came into effect as a consequence of the 2009 earthquake in central Italy – made it possible to achieve an open plan arrangement, with the kitchen/living/study areas organized in a pinwheel fashion and around a sculptural flueless fireplace that integrates much of the wide corridor, originally almost 25% of the floor plan.

An imaginary pattern of criss-crossing visual lines is then established, with each view through at least three separate rooms and via wide sliding screens or oblong doors at full height.

The etched glass wall at one extremity of the corridor signals the winding stair leading to the level below and provides a strong visual relationship with the outdoors by letting natural light into even the darkest parts of the apartment.

Long incisions into the now lowered ceiling provide concealed luminaries that wash the finely textured plastered walls; the predominantly off-white interiors, which the clients had seen in a former refurbishment in the very same town, is used once again to connect all the spaces together and to further expand the perception of the apartment as the result of the sum of its parts. 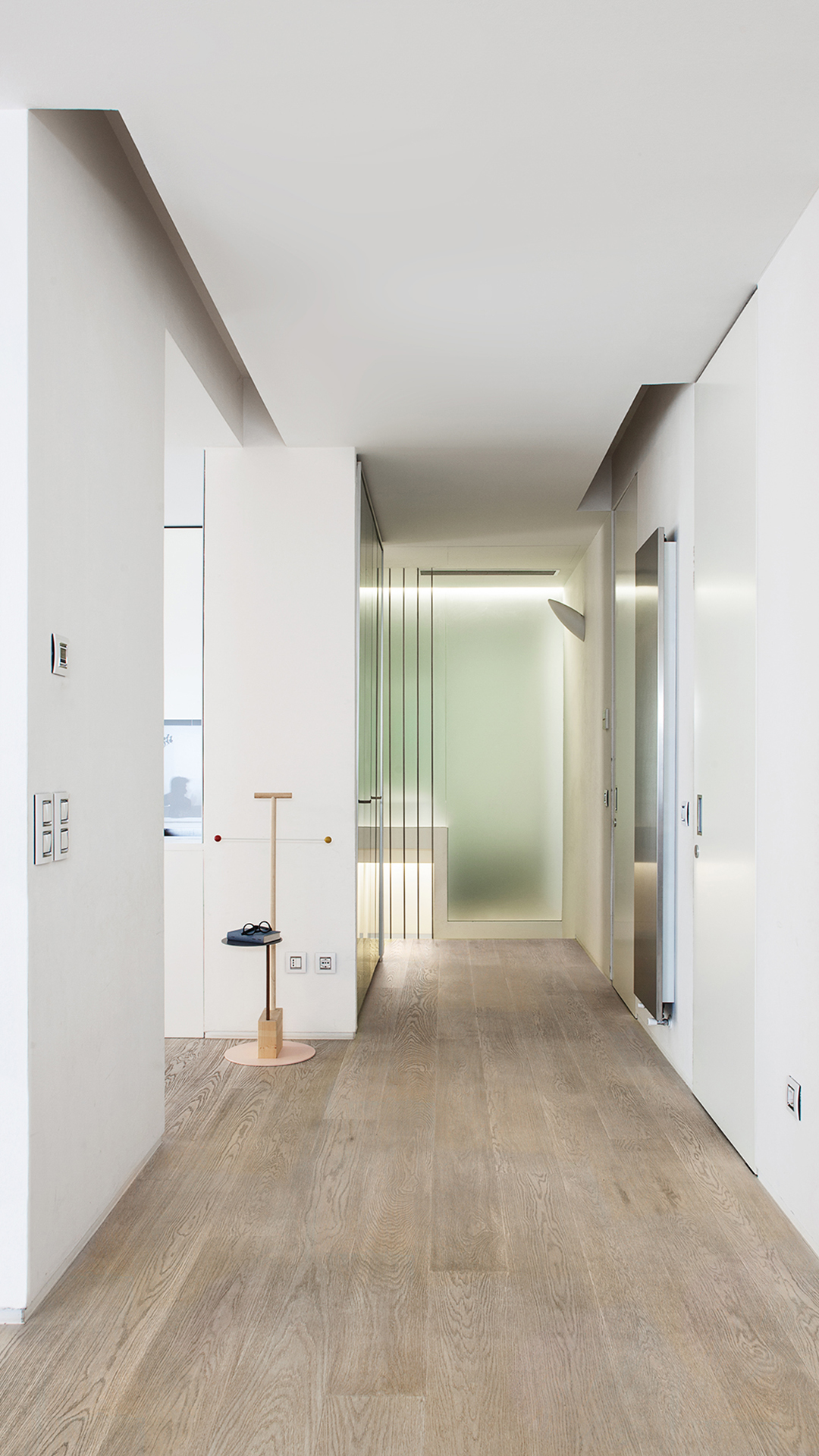 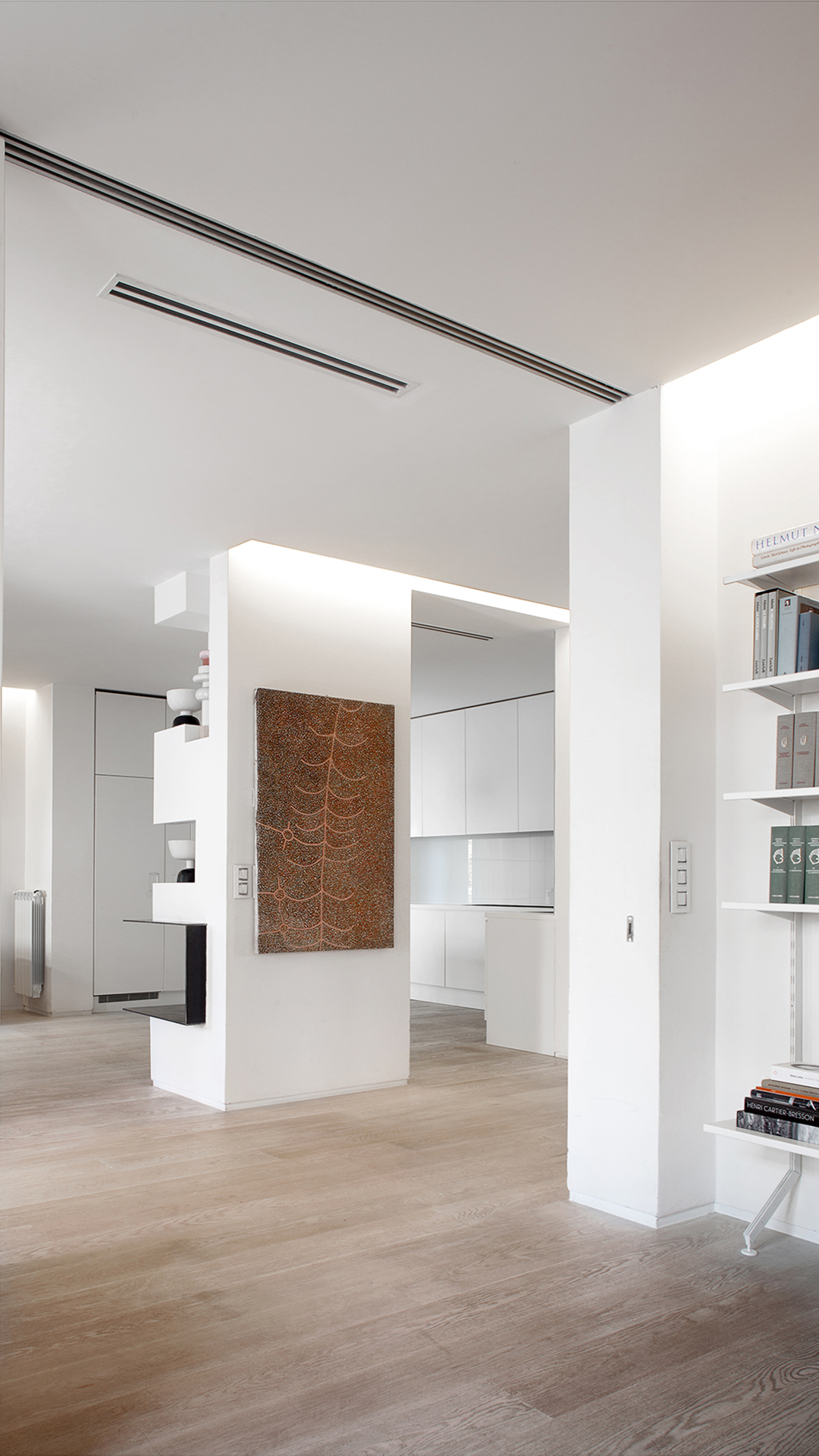 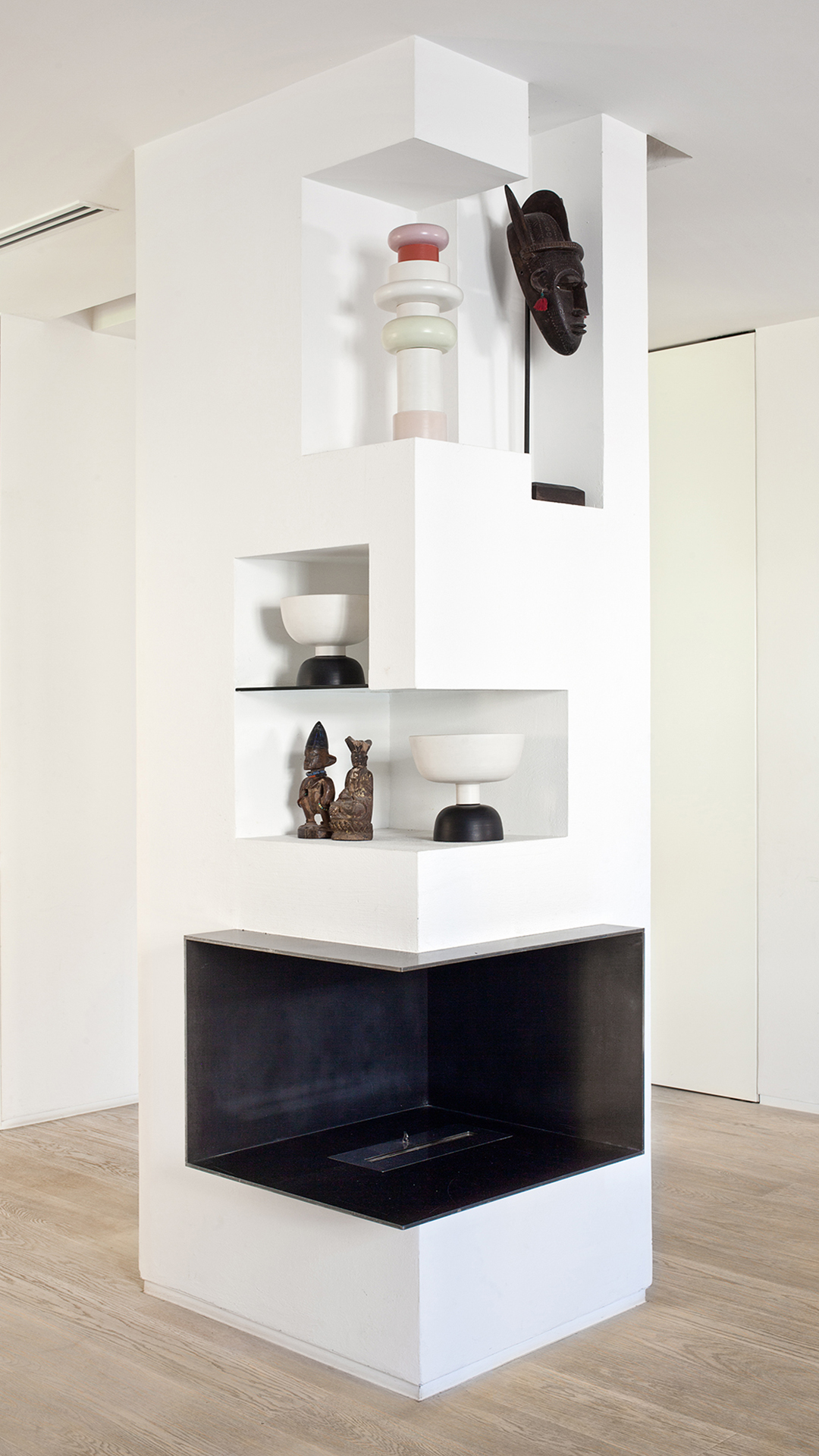 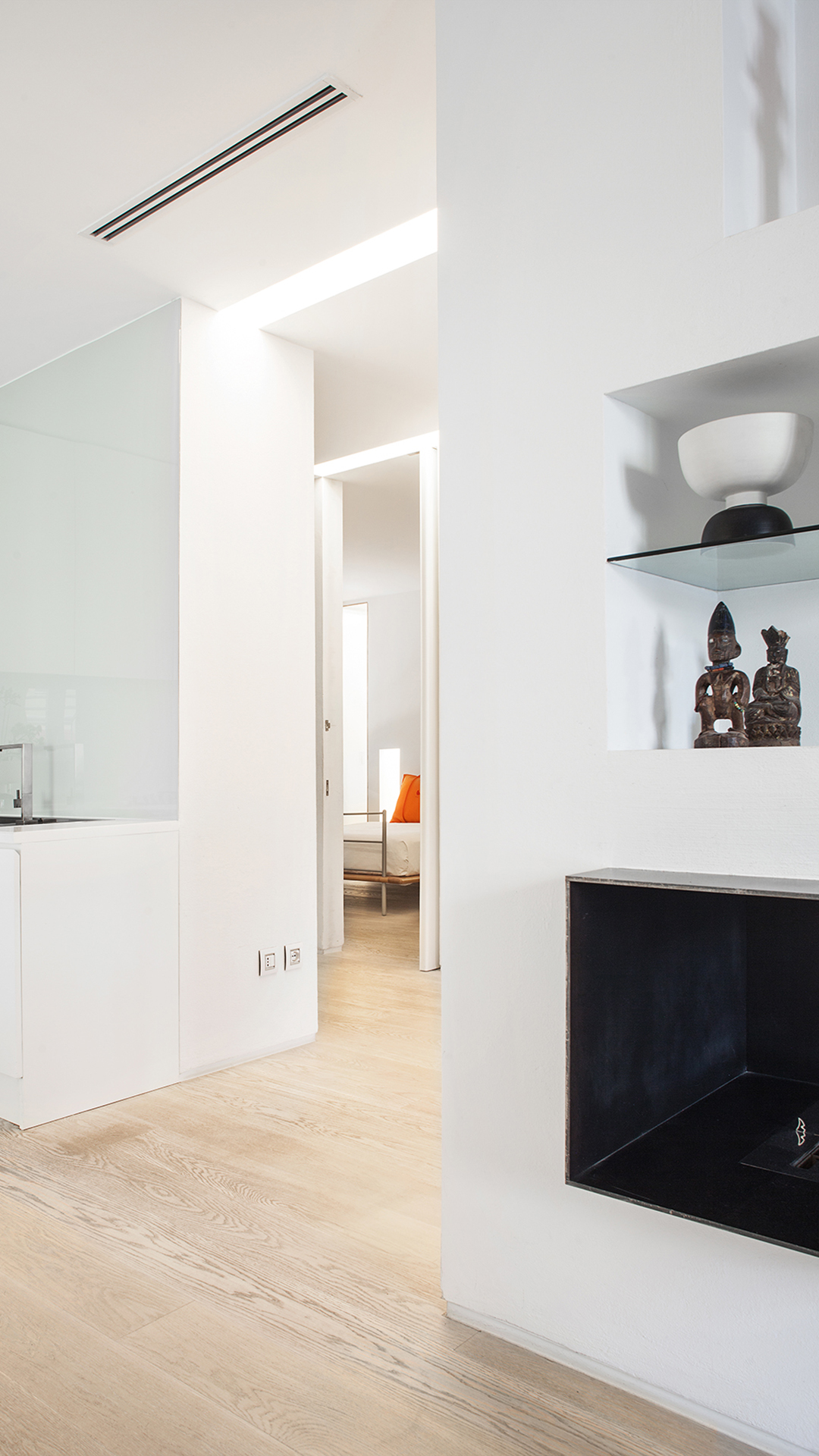 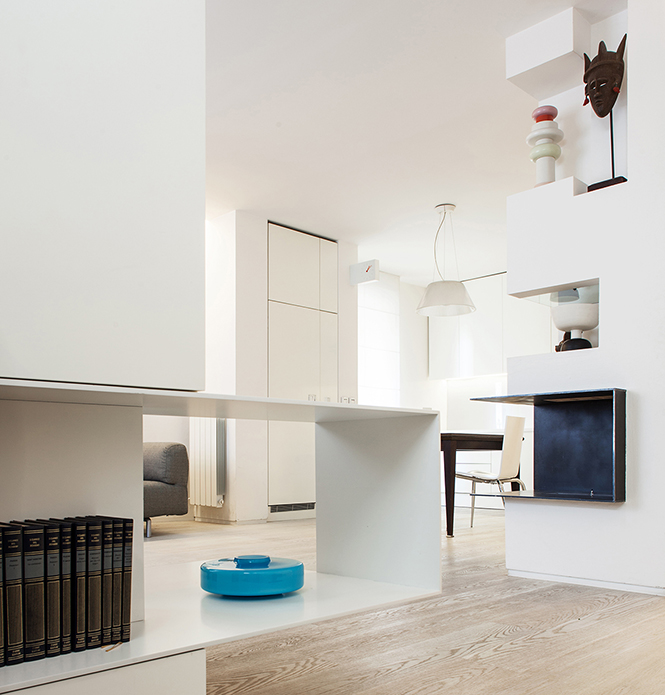 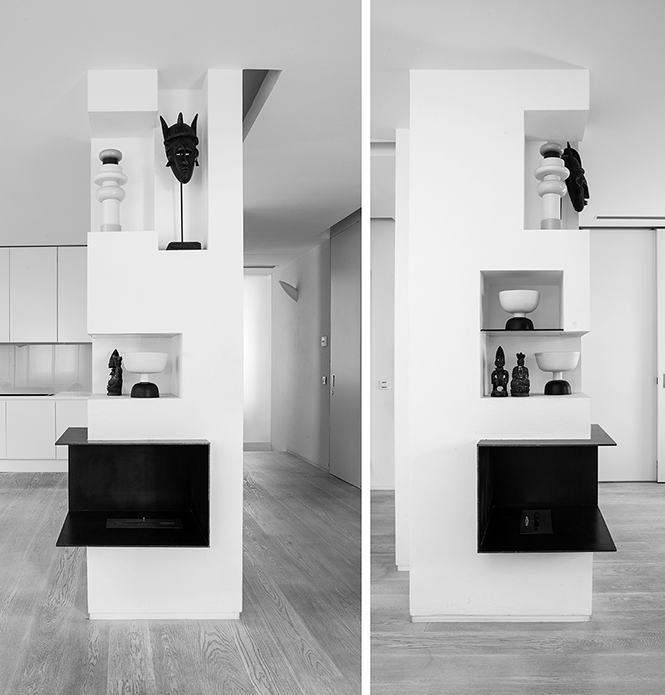 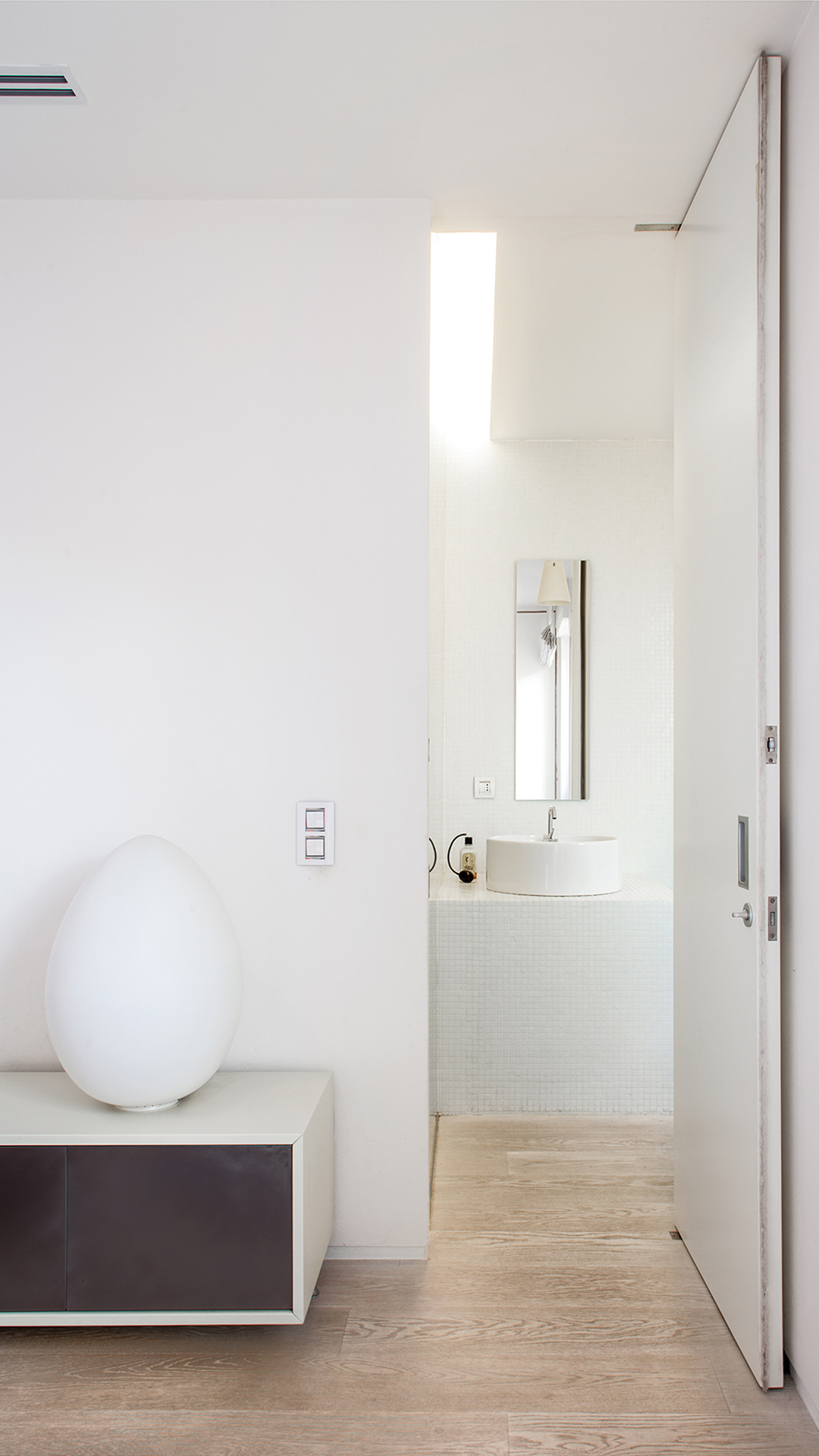 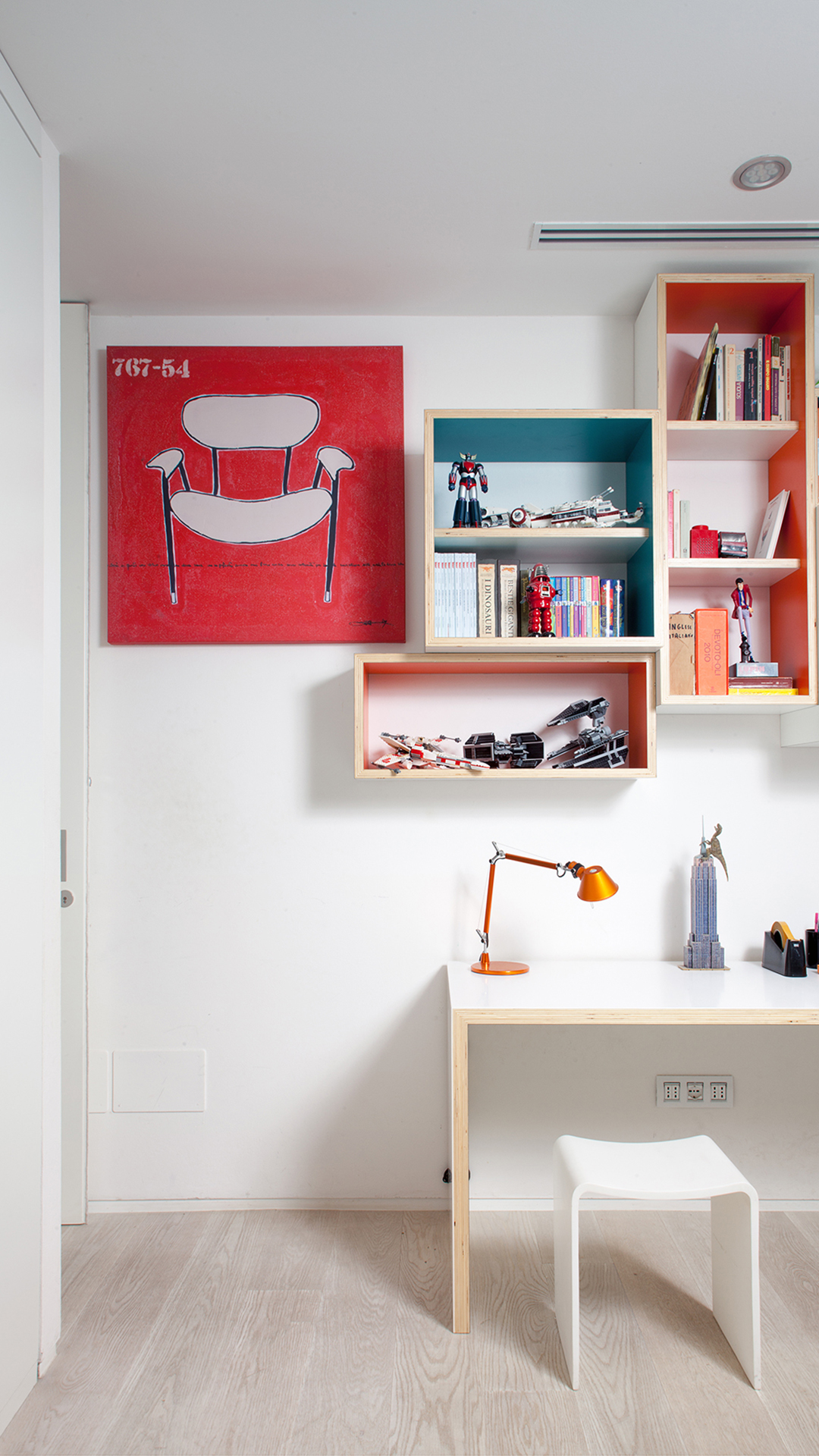 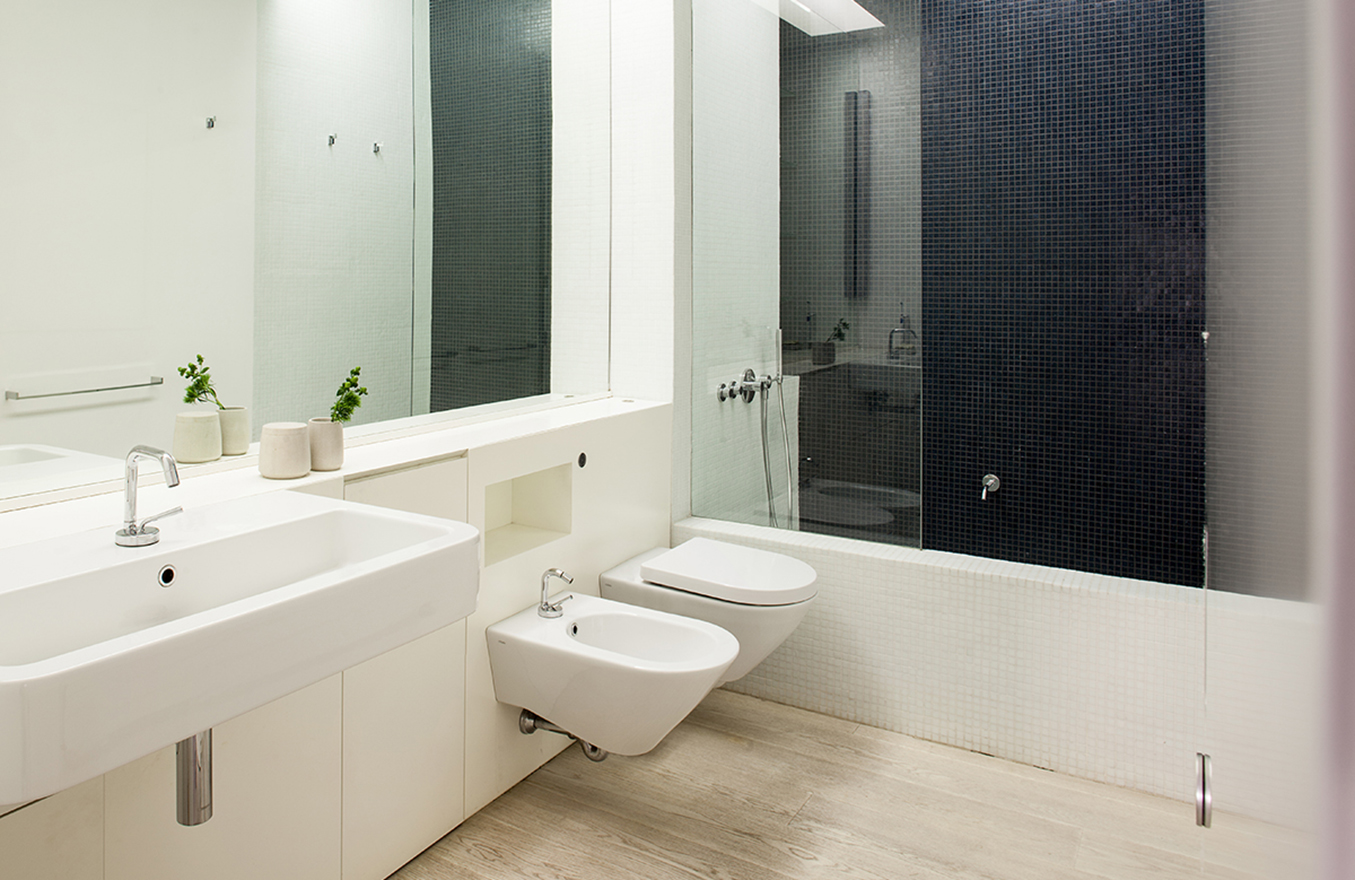 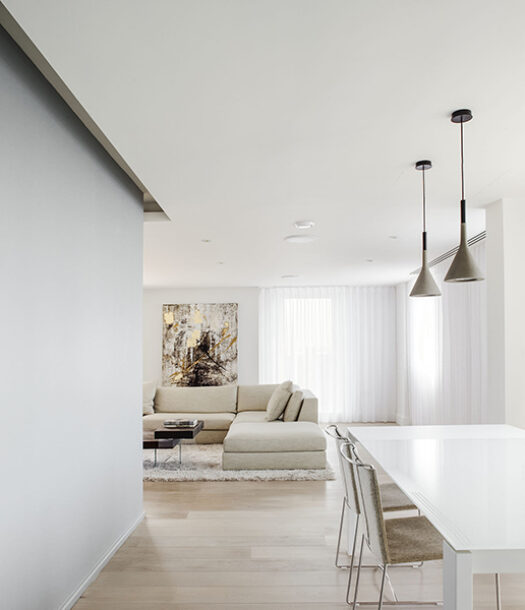 The refurbishment of this penthouse apartment is aimed at recalibrating the layout by creating an introverted and more intimate space with its new focus towards the centre of the floor plan.

A PENTHOUSE IN CANARY WHARF