The conversion of a large attic space is, in this project, the opportunity to release the potential of a trapped space. Underused, neglected and relegated to the storage of forgotten belongings, the design of the roof space becomes the revelation of concealed possibilities.

The outline for the project is the transformation of the cathedral-like timber structure under the roof into a self-contained space, separate from the rest of the house. The existing structure, to a degree, becomes part of the brief, as the client had indicated that naval architecture should become a source of inspiration for the architect.

The roof is reminiscent of a steep capsized keel and is extended to the north to create a gable-ended façade and to re-balance the front elevation, while dormers are inserted into the front and rear slopes to create dual-aspect interiors.

The stairwell is located centrally to the floor plan to emphasize the ascent and generate an architectural focal point that organizes the arrangement of the spaces around it. It has a swinging form, inspired by the mechanism of the periscope, that bounces users in one direction and then the other. The stair thus acts as a sort of sextant that measures the position of the individual in relation to the surrounding space.

The converted roof is designed ad hoc from the inside out, inviting users to engage with the outside either through windows or via the telescope-like elongated crawl space adjacent to the stair enclosure. 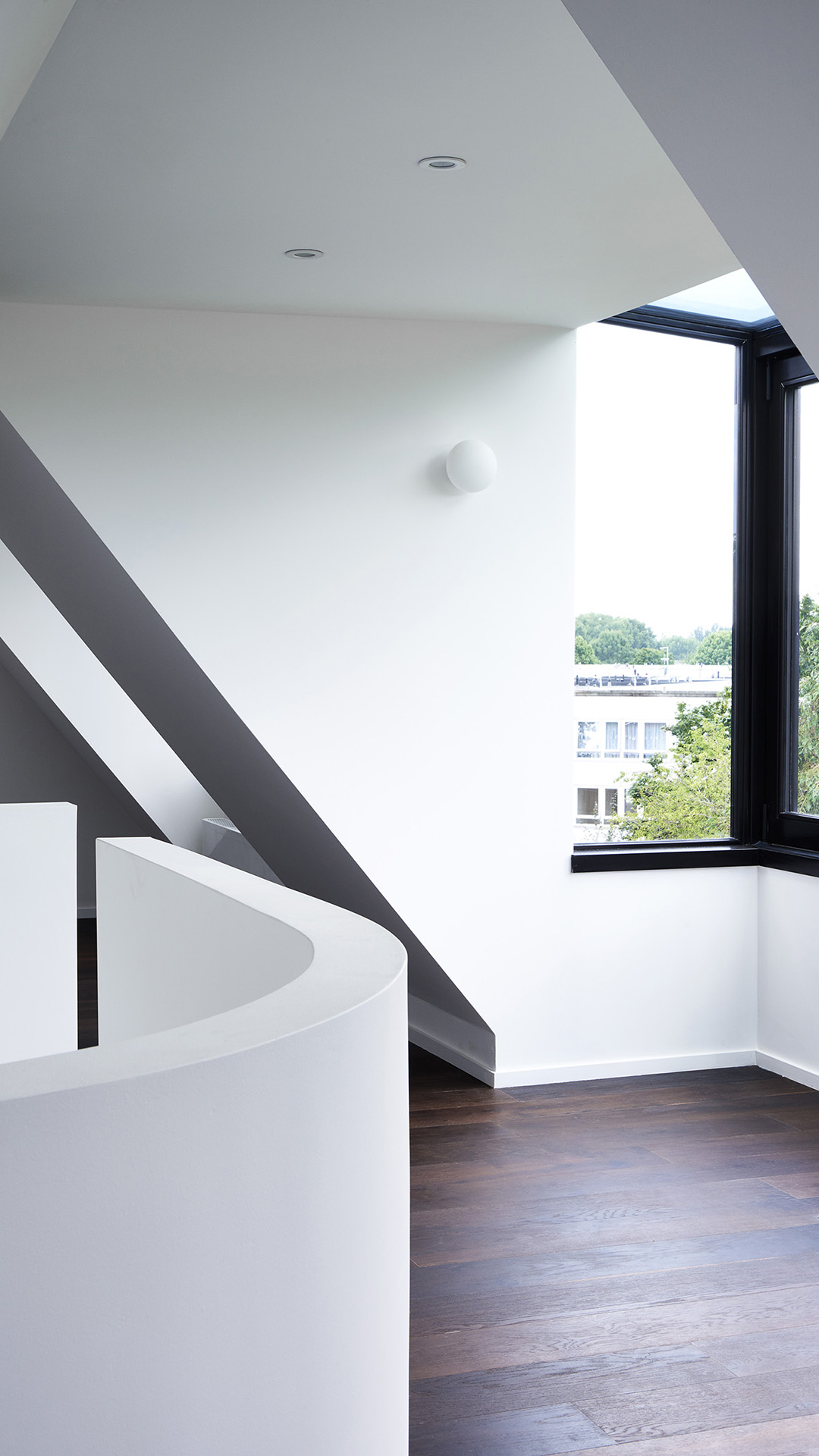 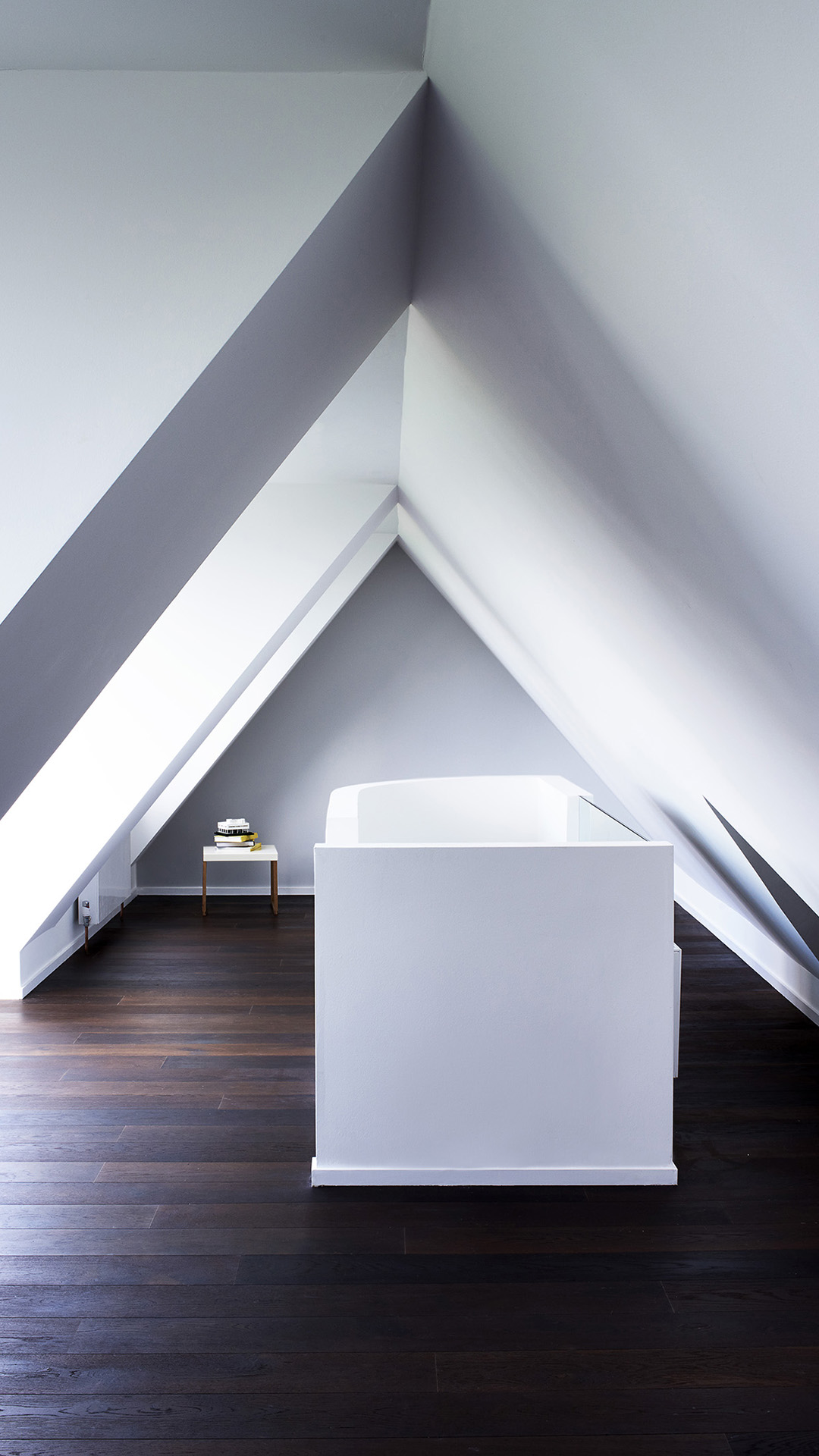 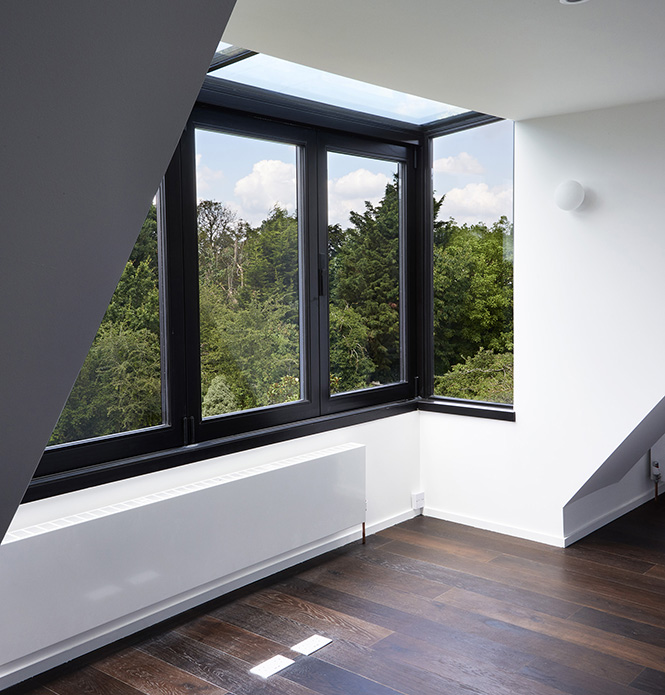 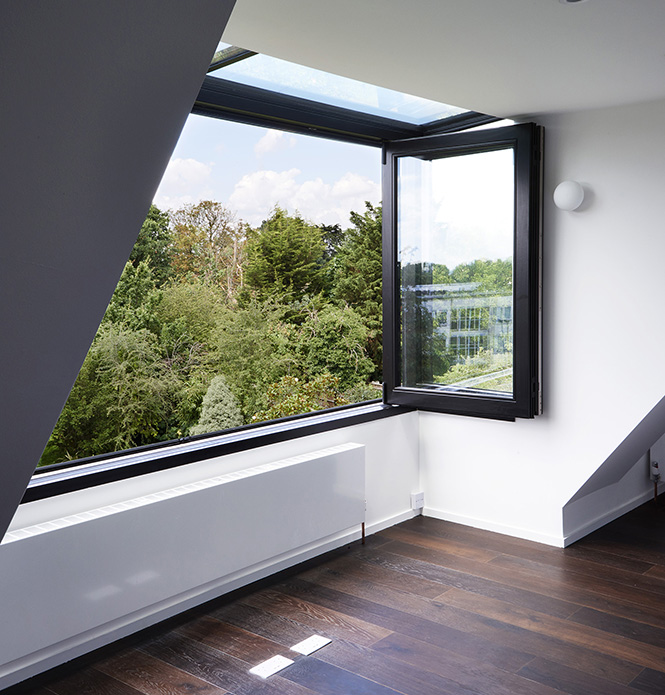 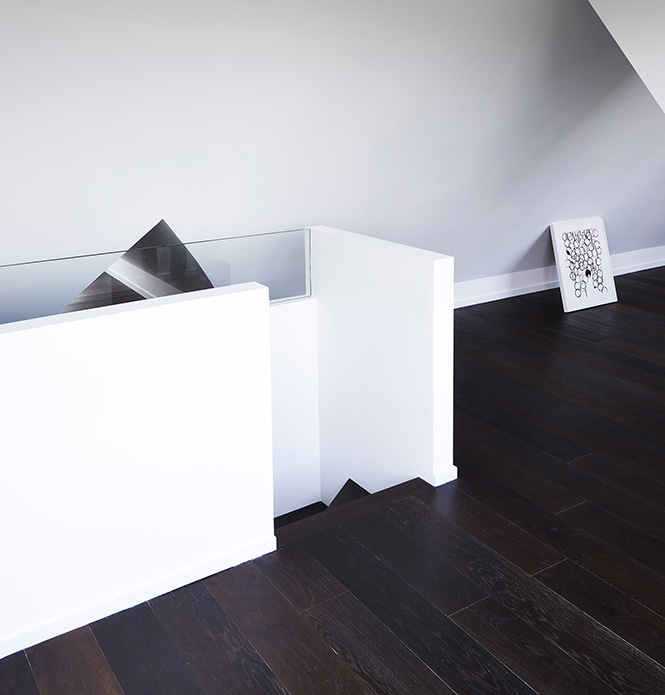 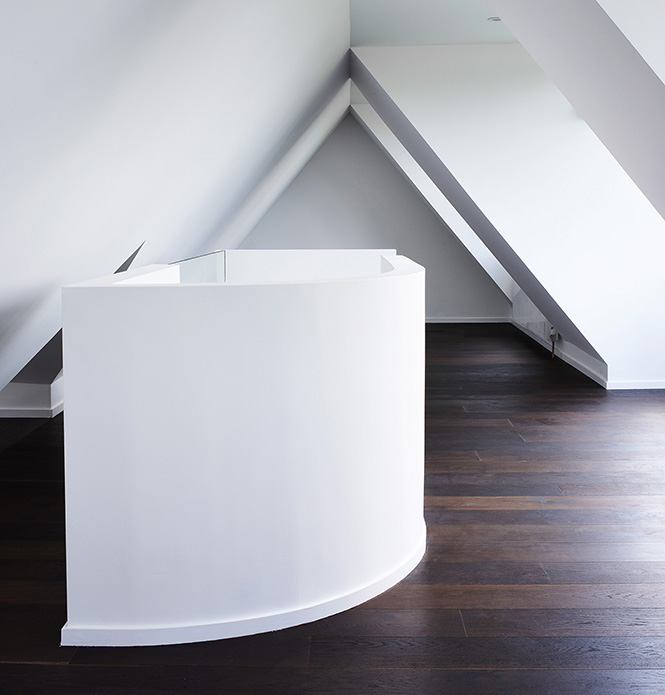 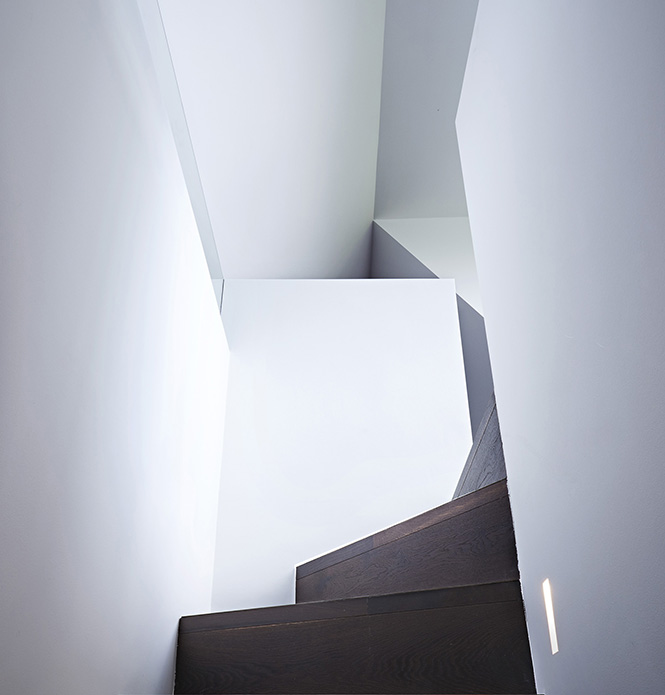 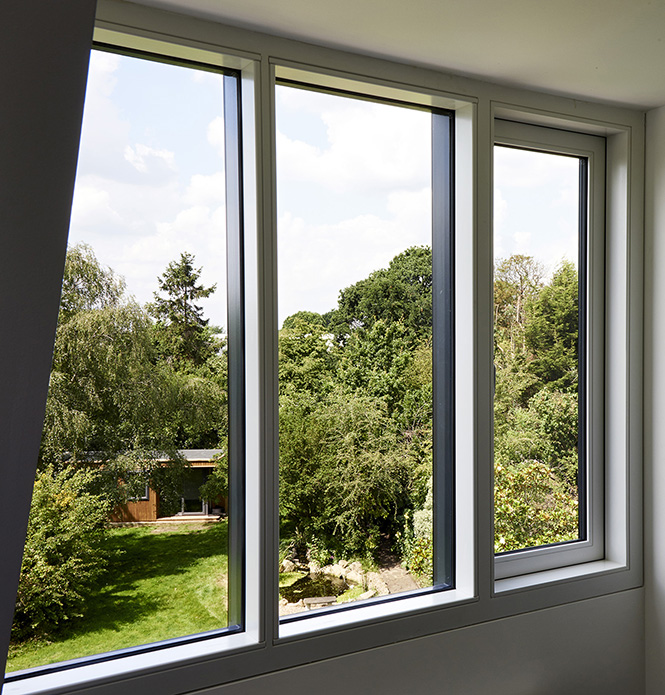 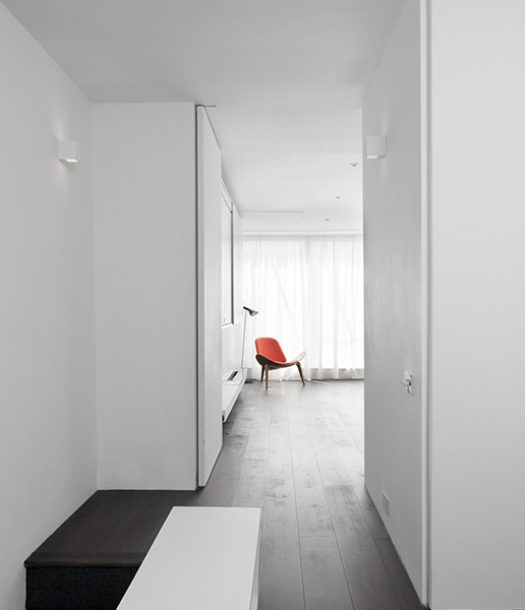 The renovation adopts the use of light in its varied forms to modulate the space and create a modern dwelling inspired by Mackintosh’s Hill House. 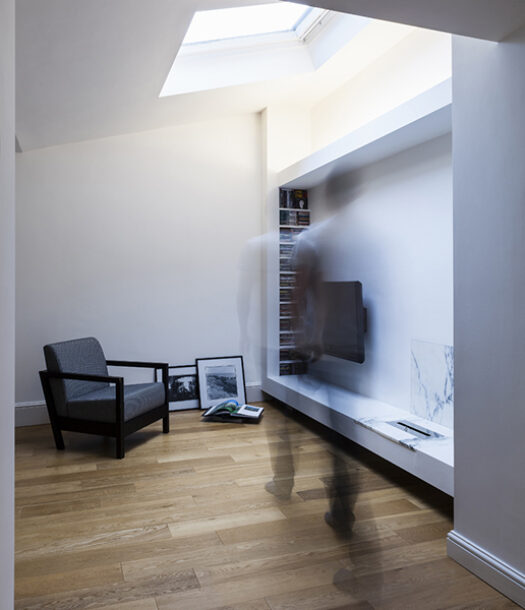 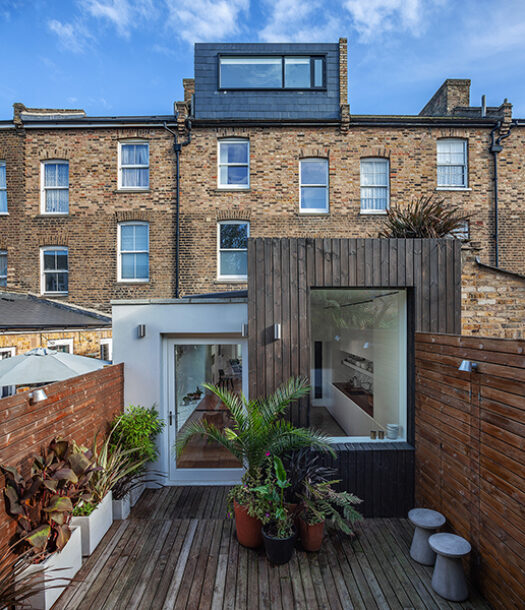