The area for a newly build Visitor Information Centre is sited in quite a strategic location: at the foot of the hill where the mid 18th century Villa Castiglioncello is located, and at the junction of two main roads, one of which – the SP 408 – connects the south western border of the municipality and the Chianti region. The objective of the proposal is to invite passing tourist to discover Cavriglia and its territory. 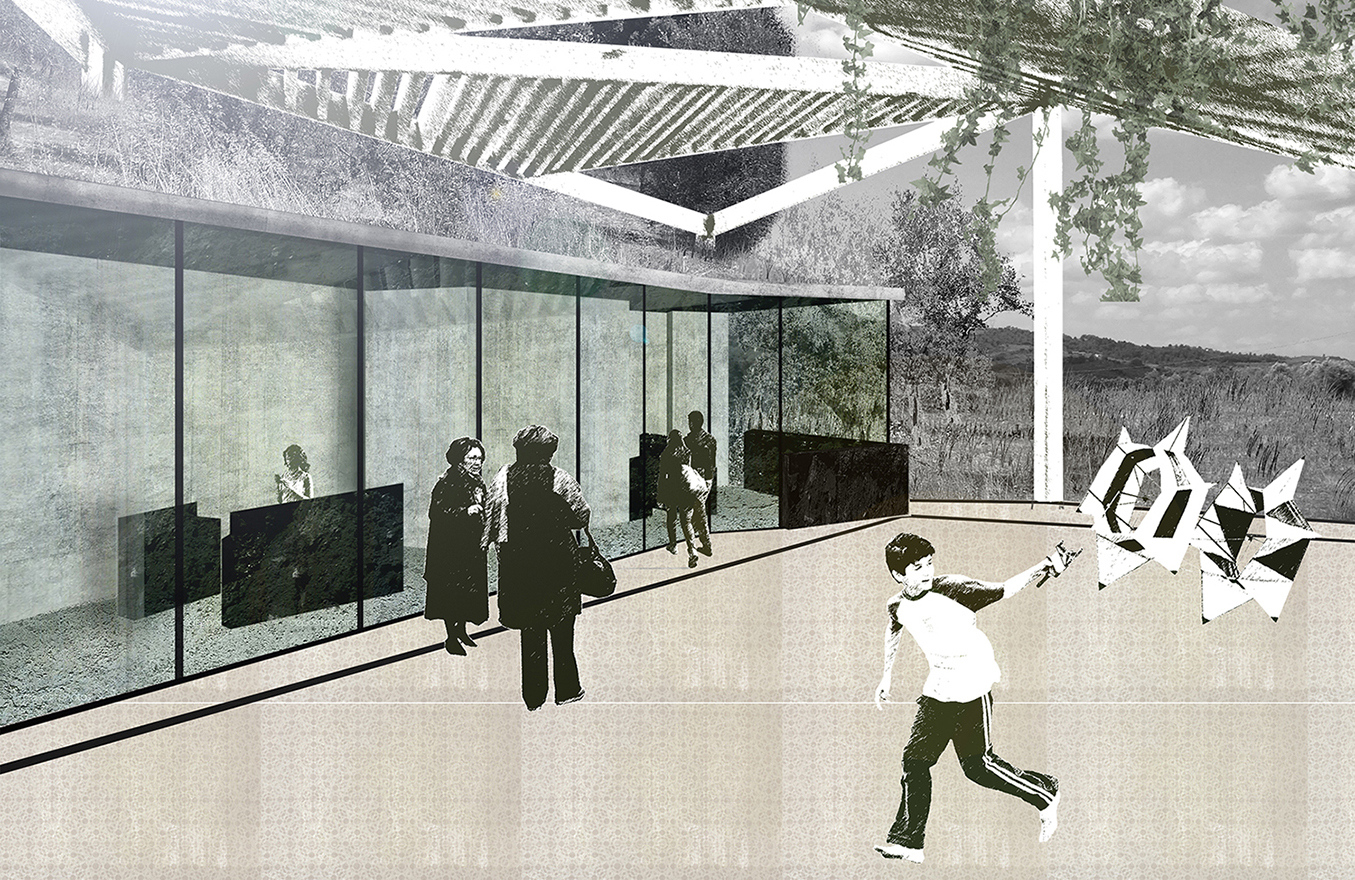 A strategy needs to be formulated for the new building to be located in an area where very few sources for references can be found, where the landscape is predominantly cultivated with olive groves and vineyards.

Similarly to the hypothesis of the Orion Correlation Theory – suggesting an association between the Giza pyramids and the belt stars of the constellation Orion – a poetic action is employed to organize the architecture within a territory lacking referential elements.

An in-depth survey of the area of the municipality, through a three-stage investigation, has produced a diagram representative of the territory that can be employed to connect the building to its context, thus establishing conceptual relationships between the actual site and its surroundings.

In order to facilitate placing the building on the site, traditional elements are referred to: lines of cypress trees, pergolas, mining galleries and lignite blocks become distinct architectural elements within the new building, where pilasters create a framework for a building set within the hillside with elements of integrated furniture.

The sloping side of the hill is excavated and the building, placed in the resulting cavity, has a café and small restaurant, a service pod – with preparation area, restrooms and storage -, an area dedicated to tourist information and a corner area to promote local businesses and cultural events.

A structure made of cor-ten steel and timber, to be covered with climbing and trailing vines, somewhat disguises the building from the main road, offers shelters to visitors and can be used and hired for small events and concerts. 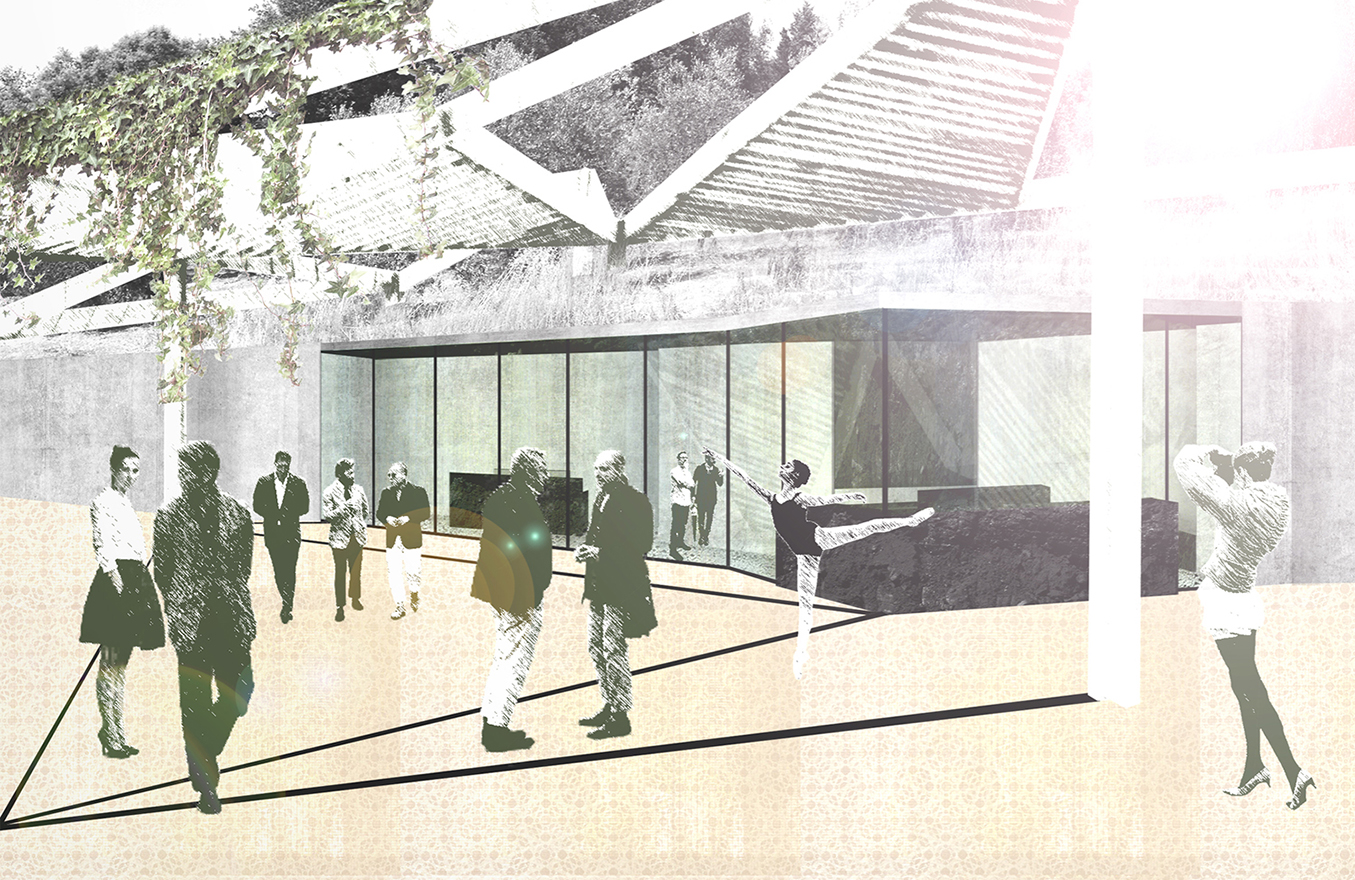 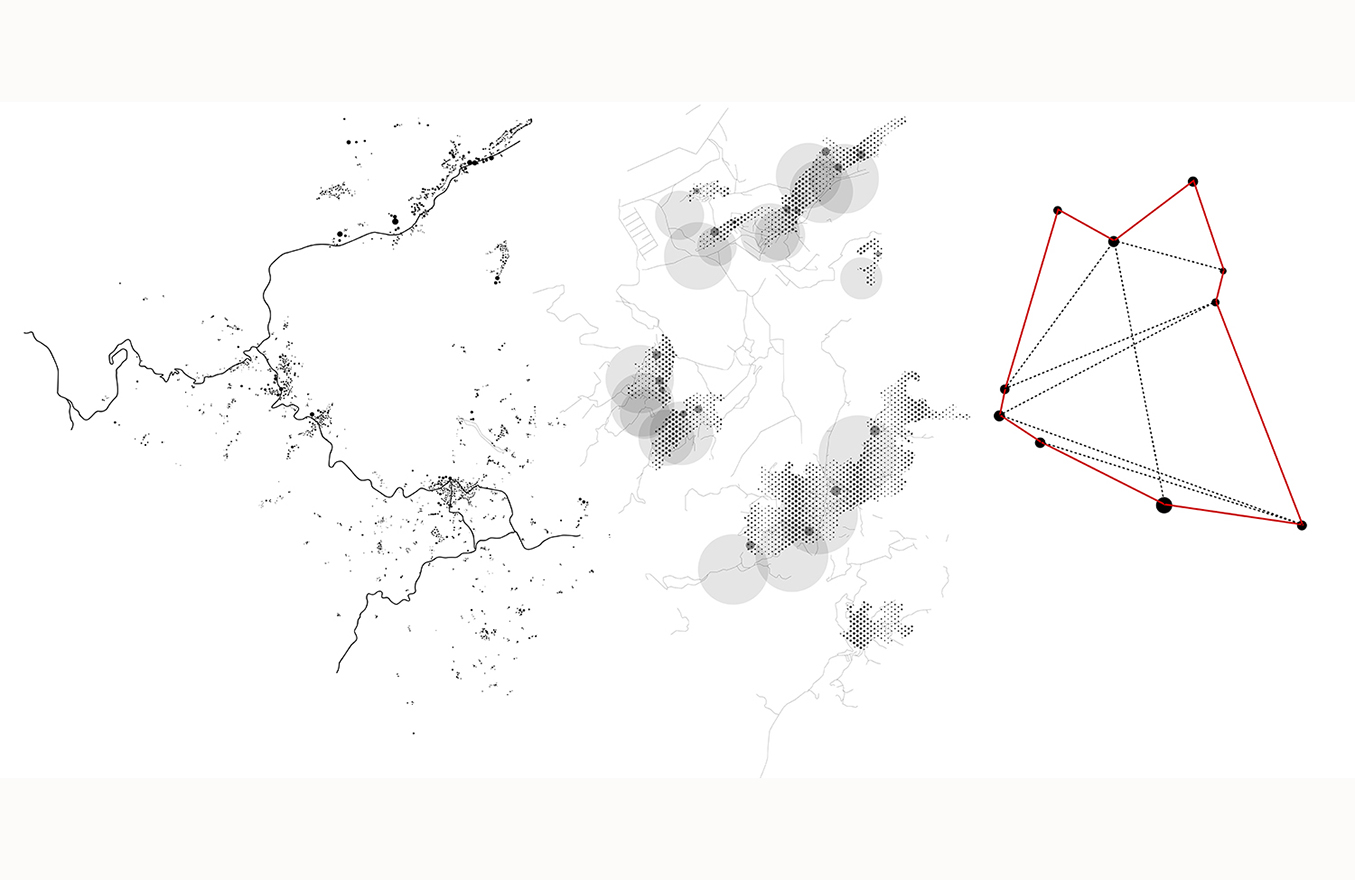 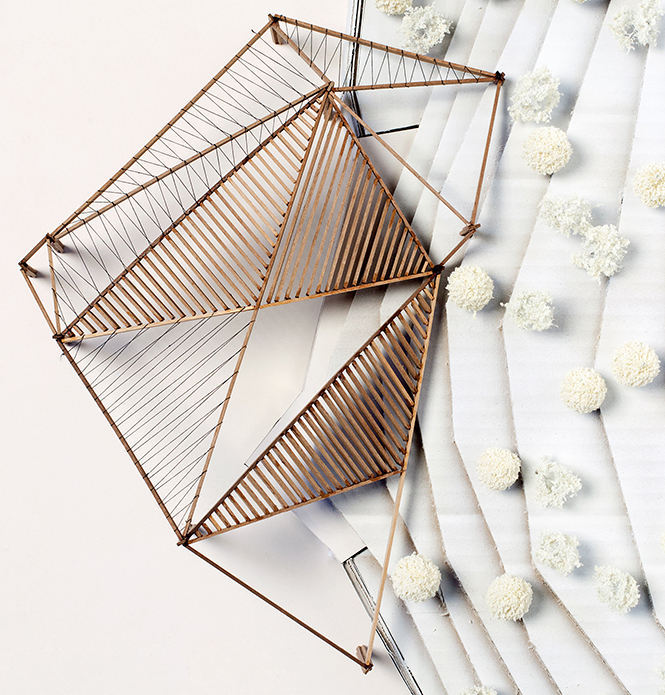 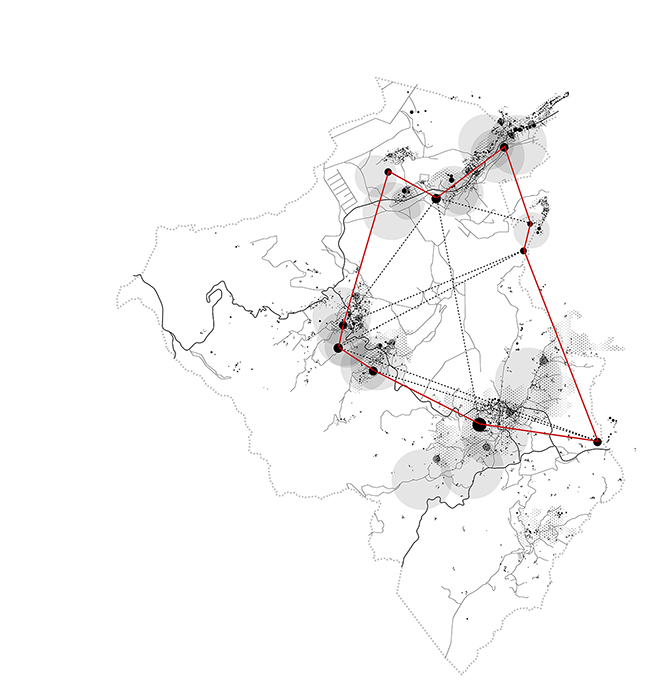 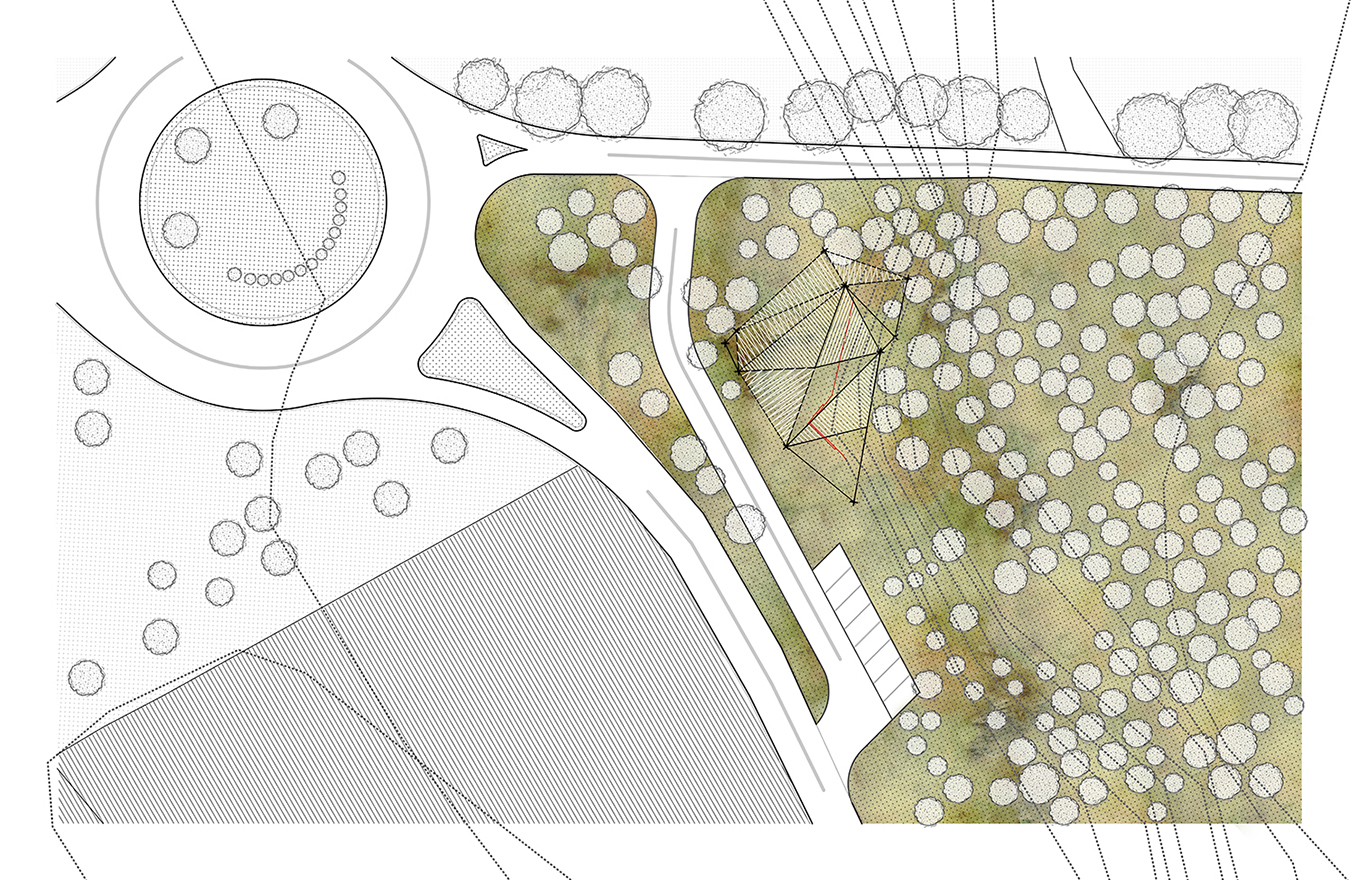 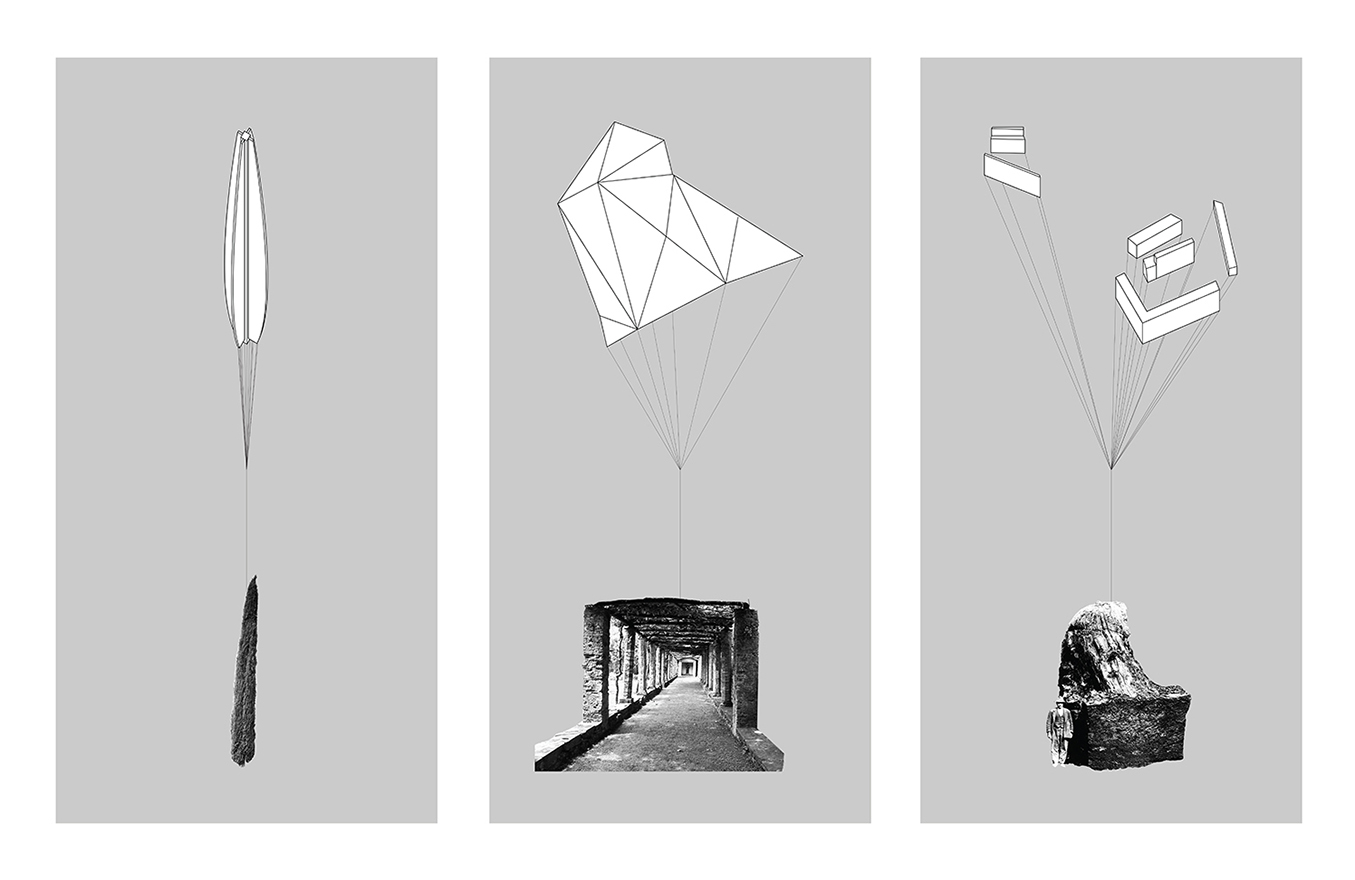 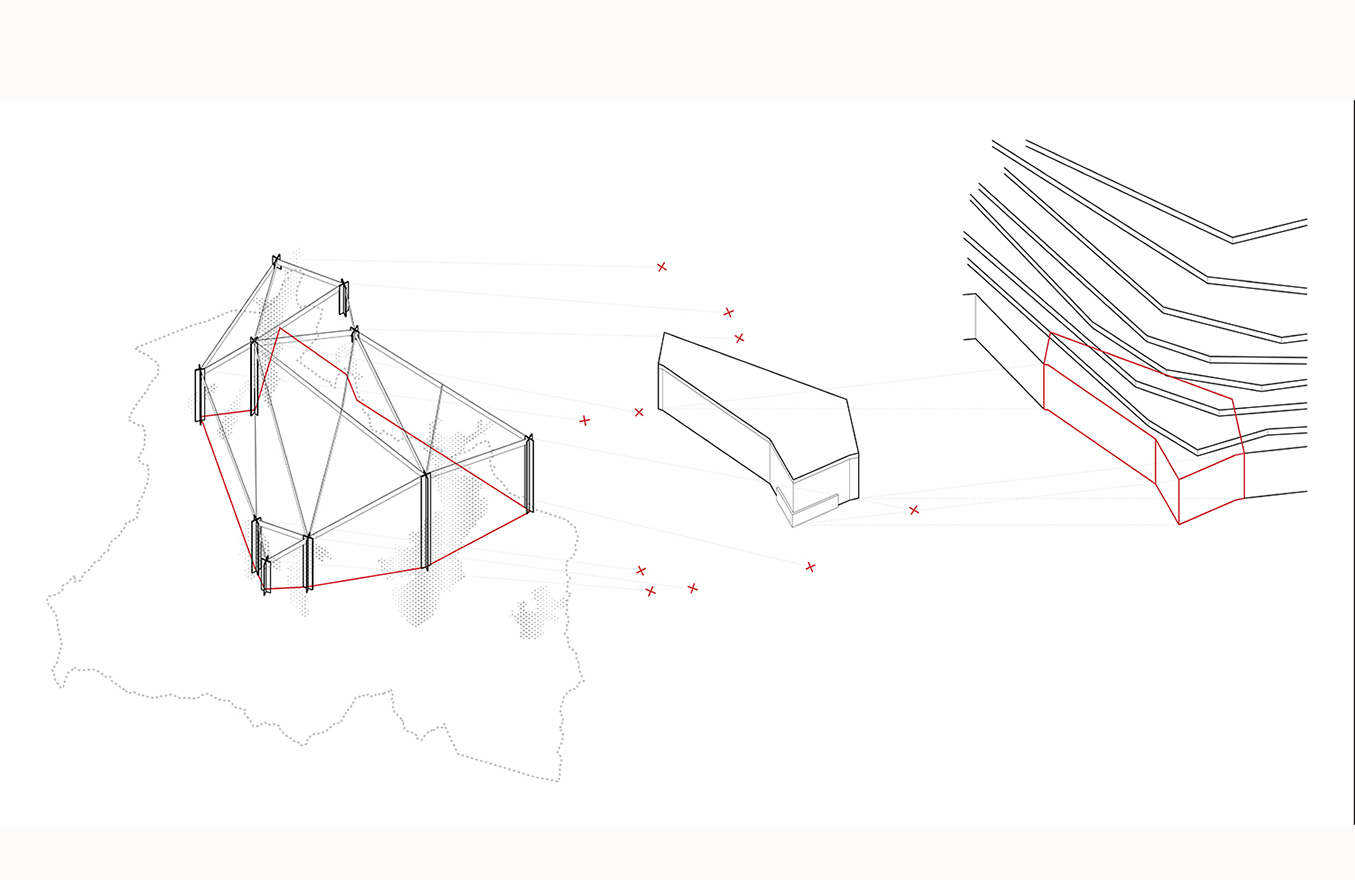 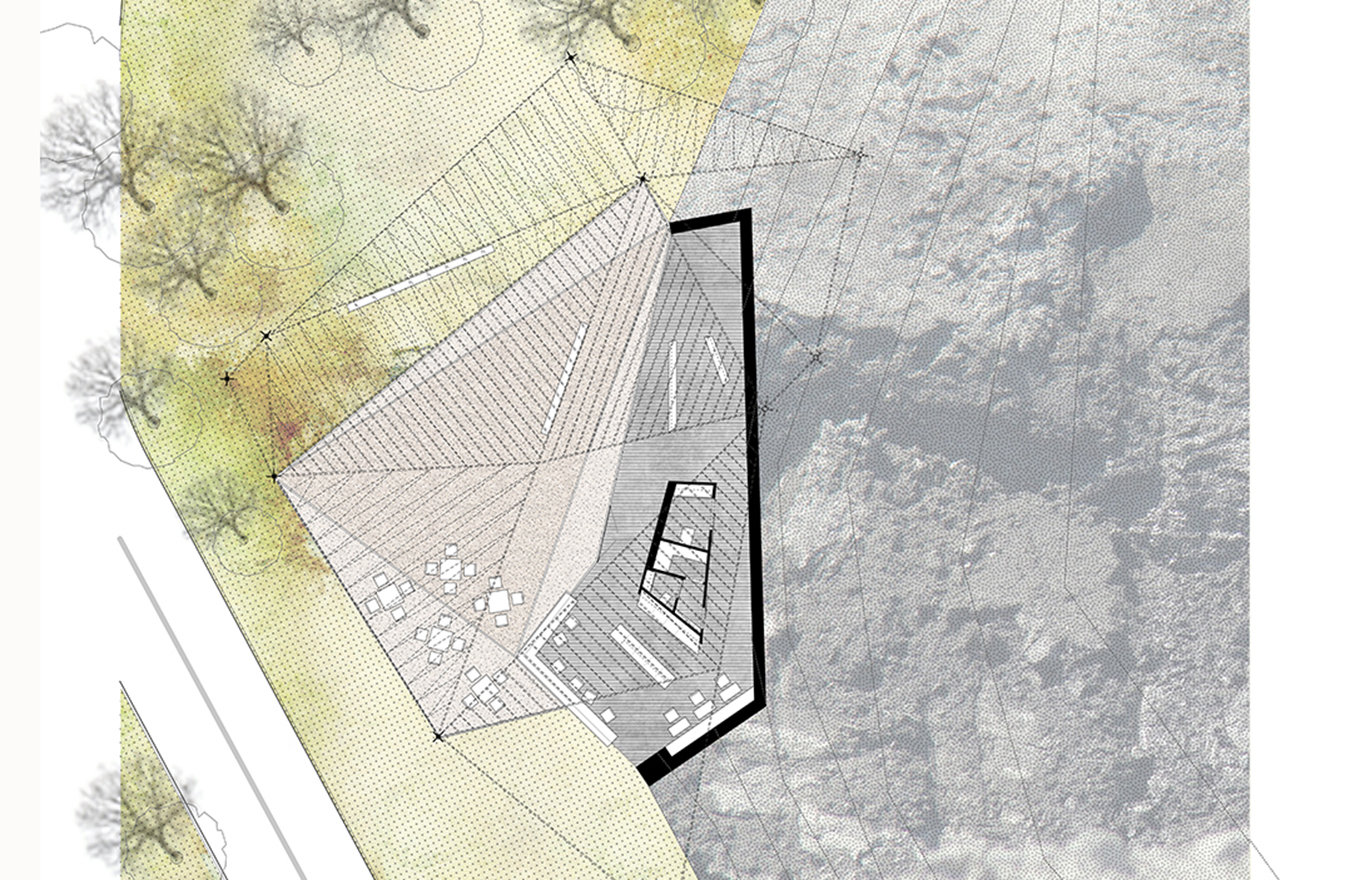 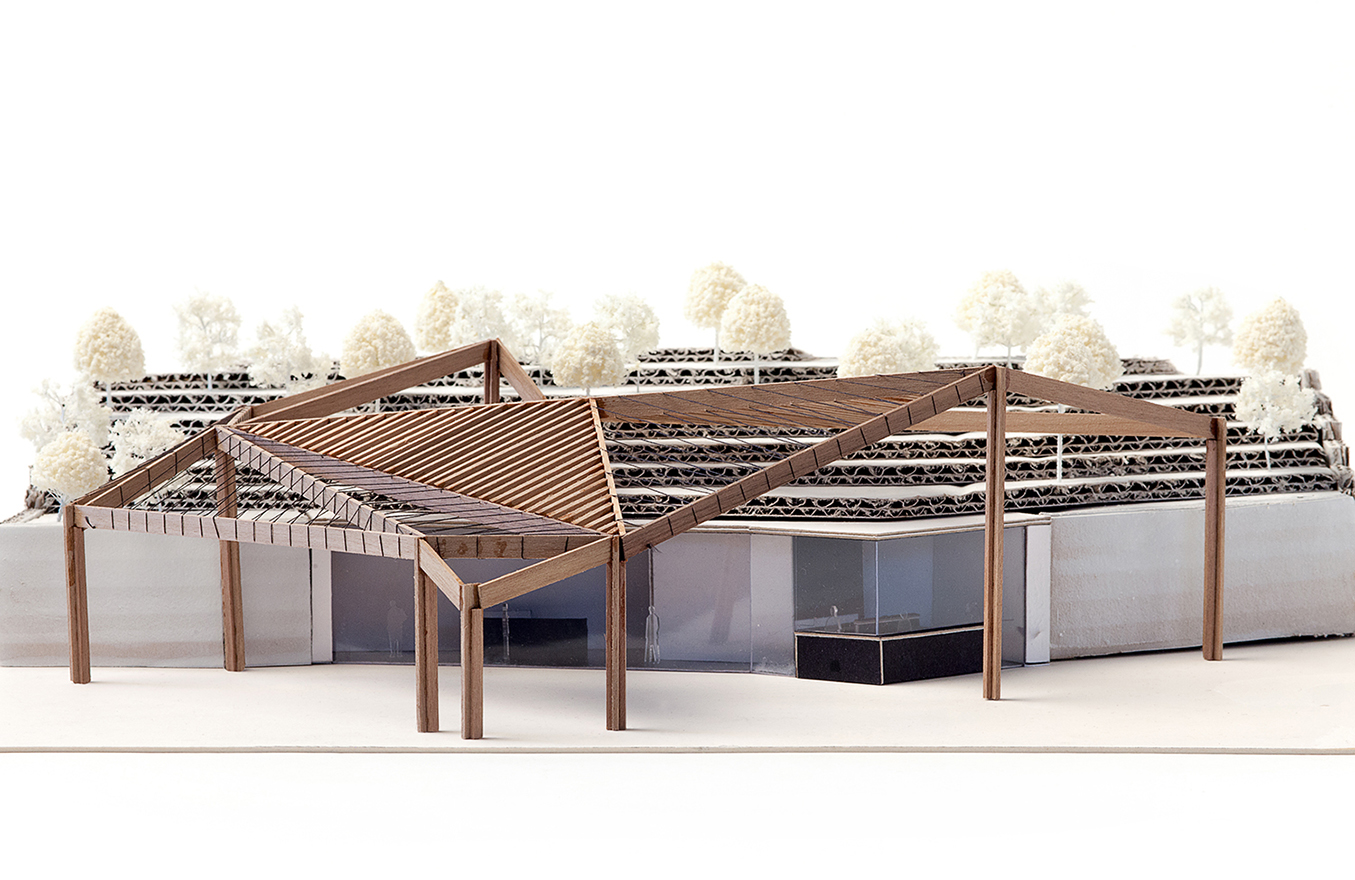 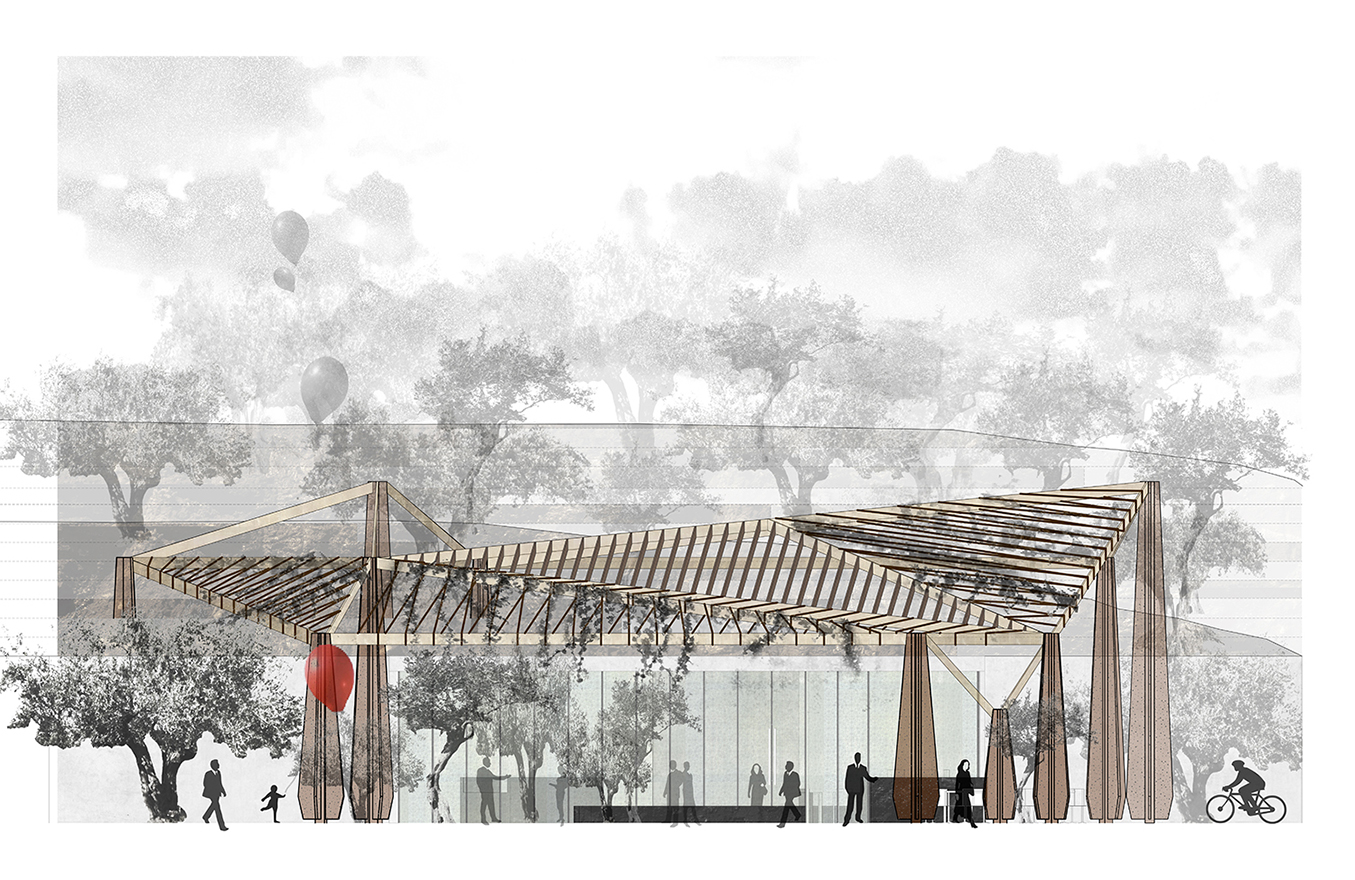 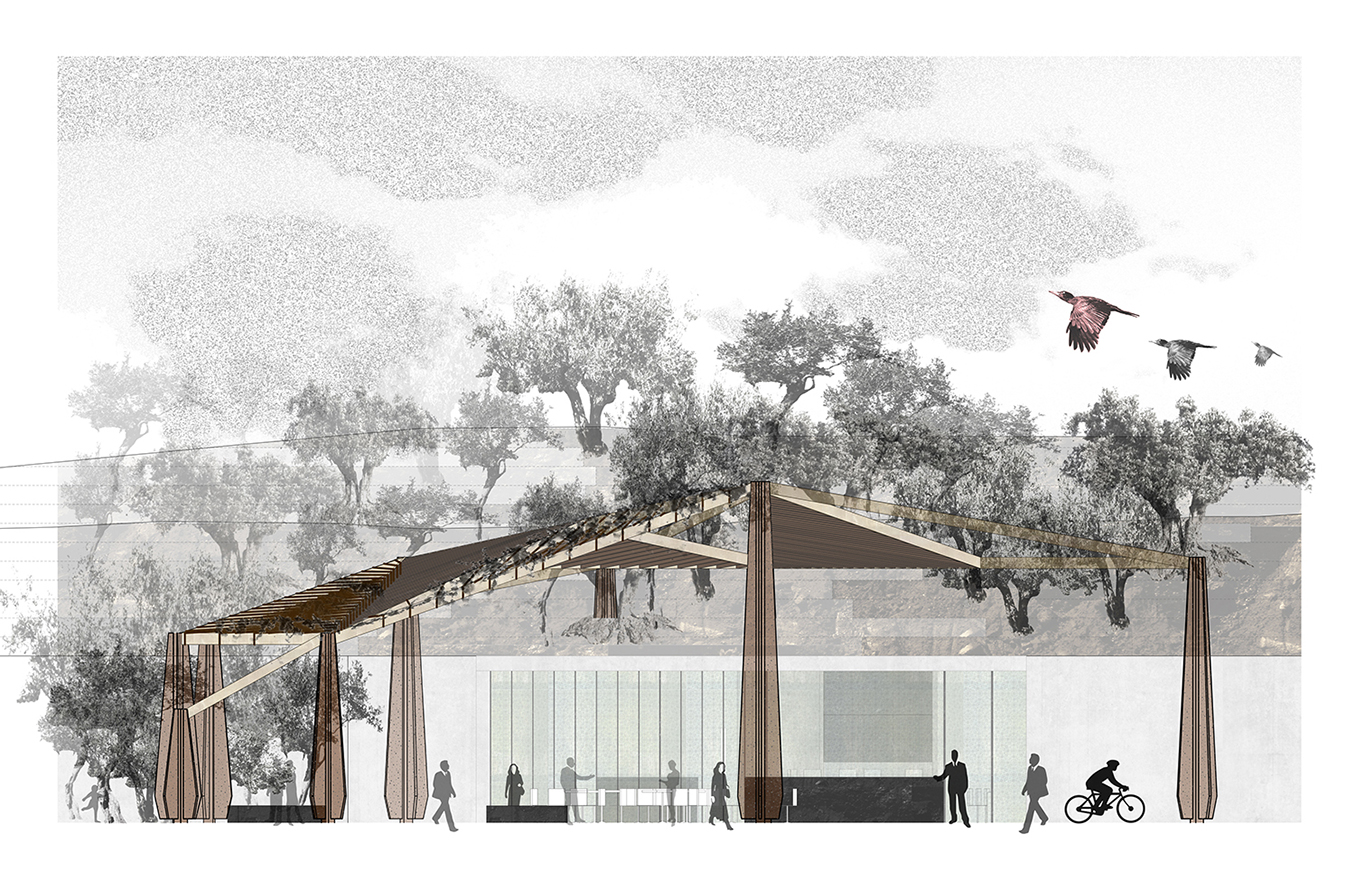 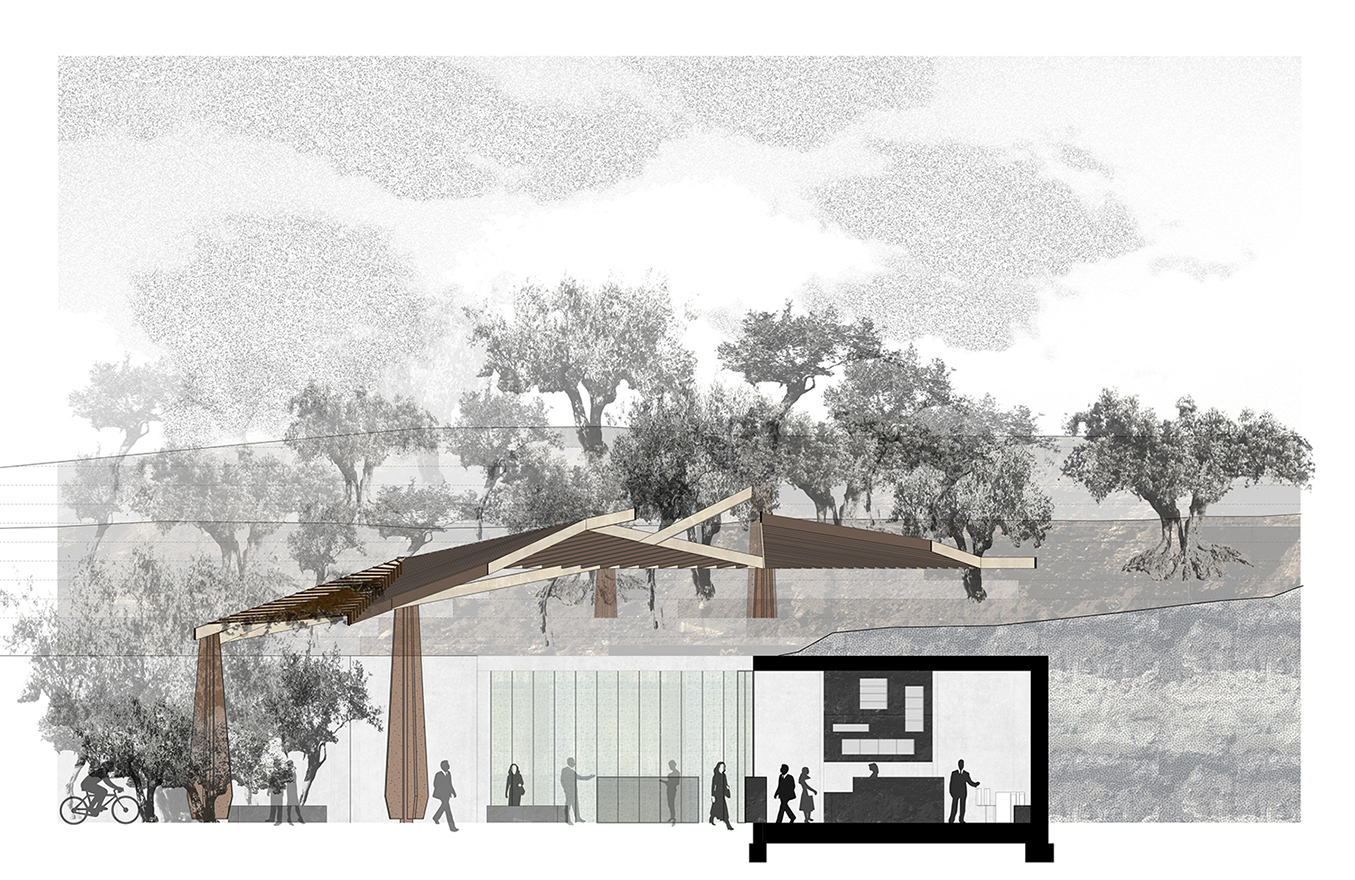 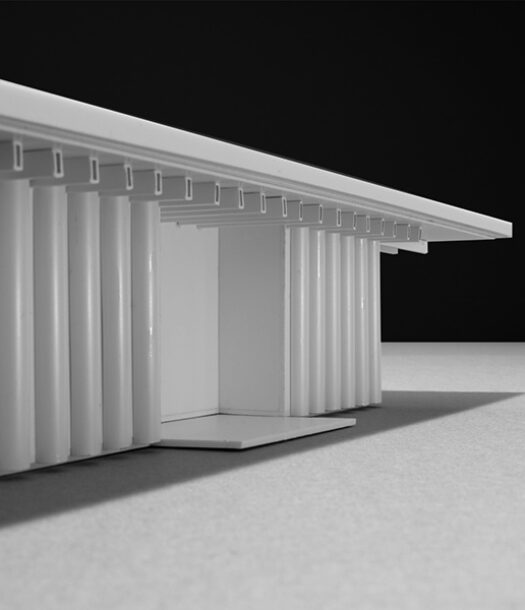 The proposal breaks up the requirements of the programme into a series of separate primary spaces that can be interconnected, to generate a variety of secondary configurations. 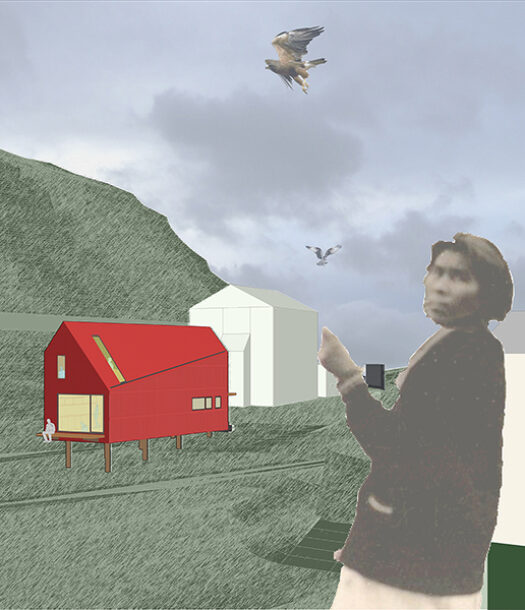 The scheme calls to place a simple typology in the landscape. The building is raised up from the ground to provide views out towards the sea and the landscape and to engage with it.

THE HOUSE OF TIMELESSNESS 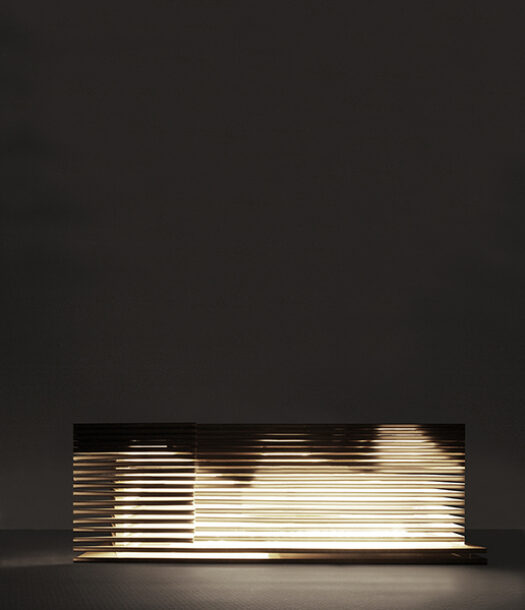 The Pavilion is conceived as a solid block, carefully carved to form three distinctive typologies of space: the space within, the space above, and the space around. Each in a different relationship with the space beyond.